Recently there have been many rumours about the IMAT being cancelled from 2023 onwards, with some saying the medical courses in English will be outright cancelled, and others saying the IMAT will change to another test. This article will cut through the nonsense and provide you with what we know so far.

It is official that the IMAT will no longer be written by Cambridge in 2023, HOWEVER, the test will still be going ahead. Basically, what this means is that there will now just be a new test writer. You can ignore the rumours saying the test will be abolished!

Who will the new writer be? As of now, we do not currently know, the Italian Ministry of Education may write it themselves (this was the case for the admission test for medical school in the Italian language) or it may be outsourced to another exam writer (similar to before, except that it will not be Cambridge).

Can I still get into medical school in Italy from 2023 onwards?

Yes! As mentioned, there is still going to be an admission test in 2023, so do not panic. There will be a lot of information and misinformation being spread around in the coming days/weeks about this format change, so do not get influenced by people who may be unintentionally or intentionally dissuading you from preparing.

So do not worry! Your opportunities to study medicine in Italy will still be here

What will the new IMAT test consist of?

We can expect the format to change and this can also be accompanied by a slight change in the syllabus. Exactly what this will be is not known at the moment, but we can make some predictions…

The format stays pretty much the same, but there is a new IMAT test writer

This will be the case where the least change occurs. Basically, the IMAT will go on as normal, it will simply be that Cambridge is no longer the writer. In this case, very little is likely to change. The Italian language version of the IMAT (the Test di Medicina) was never written by Cambridge but is almost identical in format/syllabus.

This illustrates the fact that even if some technical aspects change (number of questions, marking scheme etc) the IMAT test itself is pretty much prepared in the same way and asks the same type of questions. We could expect there to be SOME changes in the nature of the questions asked, but these would be minimal.

If this is the case, you can essentially just study for the IMAT the same way as you would normally, and just await more information regarding the details of the test which will hopefully be released soon.

The same change will occur in the Italian language test (TOLC)

The Italian language medical admission test will also be changing in 2023, and will no longer be the Test di Medicina but will be replaced by a test called TOLC. Thus, there is a chance that the IMAT will follow the same format changes. PLEASE NOTE! This is only a prediction!

Regarding the format, there is some likelihood the marking scheme could change. If we look at how the Italian language test will change and assume the IMAT will follow suit then the new marking scheme COULD be…

Regarding how the test COULD be conducted…

Regarding how the subject allocation could change…

If this is how the IMAT is conducted in 2023, there is not really much that will impact you. Certain sections that were relevant to the IMAT in previous years such as Critical Thinking, Problem Solving and General Knowledge may change a bit in their style, but the science sections should remain roughly the same. If this is the change that occurs, you can pretty much just keep studying for the science sections as you otherwise would, and await further information regarding the other sections.

What should I do now?

Regardless of whether the IMAT changes there is not much you need to adjust in terms of your study. It has always been the Italian Ministry of Education that has dictated the syllabus of the IMAT, and they are very unlikely to make any drastic changes to the science syllabus. So regarding the sciences, just study them as you otherwise would if the IMAT was going ahead as usual

Regarding Critical Thinking and Problem Solving, my advice is to study these as you would before until we have more information. These sections are not that time-consuming anyway to prepare for, and you will very likely still encounter some of the same types of questions in the new IMAT. We will keep you updated about any changes that may occur in these sections

Regarding General Knowledge, again treat it the same as you otherwise would. The Italian Ministry of Education has strongly influenced how Cambridge wrote their General Knowledge questions (recall how past exams had very Italy-specific questions), so regardless of who the new test writer is, the style of questions is unlikely to change much.

Again, we will keep you updated as soon as more information becomes available. Until then, keep studying!

Will IMAT Buddy still help me prepare for the new IMAT test?

Yes! As mentioned, the types of questions asked in the IMAT have always been influenced by the Italian Ministry of Education, and this will still be true of the new test writer (whoever it may be). So you will need to prepare yourself for the same types of questions as before. And for these types of questions, nothing will prepare you better than our course! We have helped countless students reach their goals of studying medicine in Italy, and we are not going to stop now!

Will IMAT Buddy adjust to the new format?

Yes! As soon as more details become available we will adjust our course in the ways necessary to ensure you have the best possible preparation. But as mentioned, very little is likely to change in terms of what you actually need to study. For now, you can simply study as if nothing has changed.

What should you do now?

The most important thing you can do now is to start studying earlier than before. The most important change that could occur is the timing of the test, and since we do not know exactly when it will be held, there is a huge risk of leaving your study too late! If you have not already, consider signing up for IMAT Buddy now in order to prepare as quickly as possible. In the event, the new IMAT is held earlier this year you do not want to miss out due to late preparation.

Regarding the content, you study, keep it the same as before. As mentioned the content is likely to remain more or less the same. We will update you if there is anything new that is of importance to your studying.

It is natural to feel distressed about these changes, nothing is more stressful than uncertainty and it is completely normal for you to take this news poorly. However, do not let uncertainty cloud your judgement. Entry to medical school has always been a competition, and these changes impact everyone equally, and will thus not hurt your chances of getting into medical school any more than they impact everyone else.

Check out IMAT Buddy’s IMAT Preparation Course and feel confident sitting the IMAT with all the added features of:

and also see our 5 Star Reviews from IMAT students who used IMAT Buddy’s simulator imat for the test IMAT 2022 and succeeded in entry to medical school in Italy.

Whatever change occurs, know that we will adapt to it and you will be prepared for whatever the new test writers throw at you. So sit back, relax, and get back to work as if nothing has changed. Best of luck to all our future doctors!

All you need to know about the Test IMAT 2022

Is 2022 the year you’re planning to study medicine or dentistry at a university in Italy? If so, and you haven’t already started, it’s time 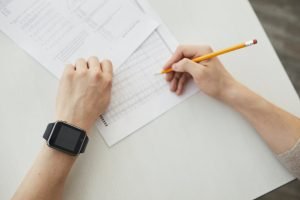 Preparing for IMAT Are you worried about your chances of passing the dreaded IMAT exam? A gateway exam that potential medical and dental students need 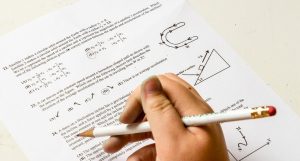 Everywhere around the world, entry into medical school is competitive. Italy is no different. The day aspiring doctors receive an admission letter from their preferred 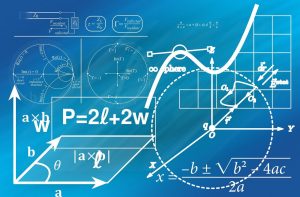 Introduction to Physics – IMAT Test Are you looking to study Medicine and Surgery in Italy? If yes, then you will have to pass the IMAT (international medical 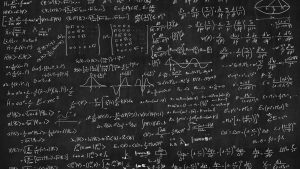 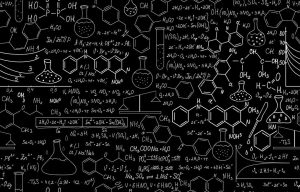 If you would like to study Medicine and Surgery in Italy you will have to pass the IMAT test or humat test. In this next article,