If you want to study dentistry in Italy, taught in the English language, then you are in luck! There is only one university that teaches this degree in English, and that is the University of Siena. Just like medicine, dentistry is a 6-year degree Similar to medicine in English, the Italian dentistry degree has no […]

The newest of all Italian medical courses in English, the university of Parma has helped open the door for even more medical students to make the move to Italy. The City Size First of all, you will actually not be located in Parma, but in a small town close to Parma called Piacenza (about 45 […]

The City Size At 400,000 inhabitants in the city proper and 1,000,000 in the metropolitan area, Bologna is the largest city (and capital) in the Emilia Romagna region. It is also one of the wealthiest cities in Italy and scores very high on quality of life (in 2020, it ranked 1st out of 107 Italian […]

The City Padova is the second oldest university in Italy and is well renowned for its excellence. Despite ranking among the top Italian medical schools, the medicine in English program is very new (only starting in 2019). While this may result in some learning required on the universities behalf, you should base your decision on […]

The City The Size With just over 200,000 people in the city and 650,000 in the metropolitan area, Messina is a small city. Located on the warm cosy Island of Sicily, you will have access to beaches, historical sites, and modern amenities at a very affordable price.  If you are happy for a more quiet […]

The City Size Bari is the capital of the Puglia region, right in the south of the country. With just over 300,000 people in the city and slightly over 1 million in the metropolitan area, it is a small seaside city, perfect for those of you who love the beach and warm Mediterranean weather. Bari […]

The City Size With around 1 million people in the city and over 3 million in the metropolitan area, Naples is the third largest city in Italy and the largest city in the southern half of the country. Naples is one of the more chaotic and busy cities in Italy, if you are fine with […] The City Size With around 1 million people in the city and over 3 million in the metropolitan area, Naples is the third largest city in Italy and the largest city in the southern half of the country. Naples is one of the more chaotic and busy cities in Italy, if you are fine with […]

The University of Bicocca Milan, Bergamo – Studying Medicine in Italy

The City Size First of all, you will be in Bergamo, NOT Milan! While about only 1 hour by car from Milan it is a completely different experience living in Bergamo than it is living in Milan. Forget the big city, Bergamo is a small provincial town. But this comes with many charms. Although maybe […] 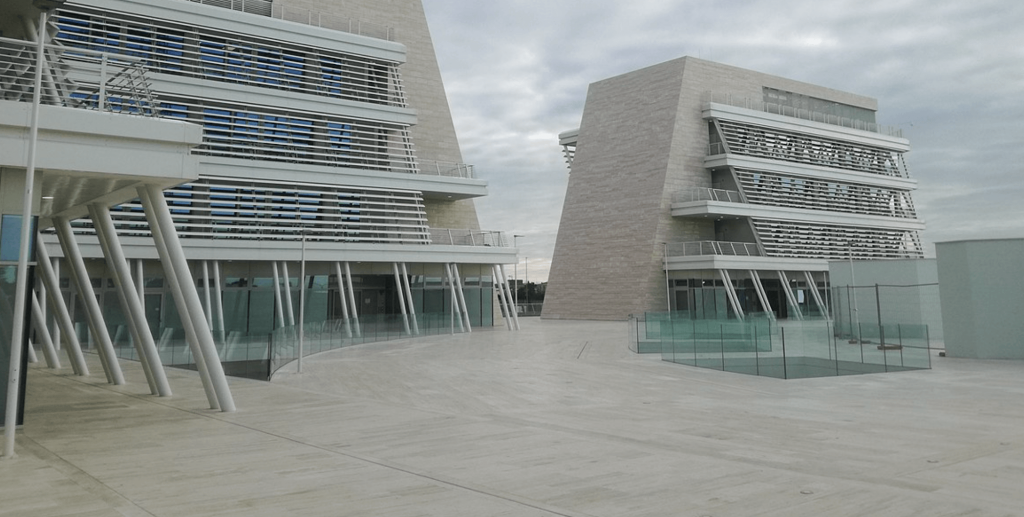 Tor Vergata is one of the two public universities offering medicine and surgery in English. If you love the big city and/or the marvels of the Eternal City of Rome, then this could be the perfect match for you! The City Rome needs no introduction. As the capital of modern Italy and one of history’s […]

The City Rome needs no introduction. As the capital of modern Italy and one of history’s most important cities, Rome does not disappoint. Beautiful architecture, unmatched history, and the conveniences of a large modern city await you in the ‘Eternal City’. However, this comes at the price of masses of tourists, the associated tourist traps […]

The University of Pavia – Studying Medicine in Italy

The City Size Pavia is a small town of about 70,000 people just outside of Milan. If you dislike big cities and prefer quiet village life then this might be a great pick for you. If on the other hand you need the convenience of big shopping centres, multiple restaurants and entertainment venues and enjoy […]

The University of Milan – Studying Medicine in Italy

The City Size Milan is the second most populous city in Italy with about 1.4 million people in the city proper (around 10 million in the wider metropolitan area). If you want to live in a big city but don’t want the chaos of Rome, then this could be a good fit for you. Milan […]

The University of Turin – Studying Medicine in Italy

The City Size With just under 1 million people, Turin is the 4th largest city by population in Italy and strikes a nice balance for those of you who want to live in a place with all the amenities of a big city but without the stress. What’s nice as well is that unlike the […]

Recently there have been many rumours about the IMAT being cancelled from 2023 onwards, with some saying the medical courses in English will be outright cancelled, and others saying the IMAT will change to another test. This article will cut through the nonsense and provide you with what we know so far. What is happening […]